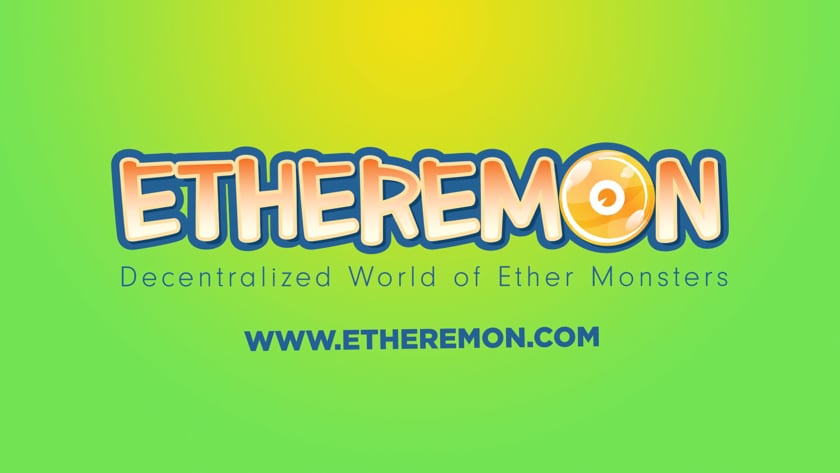 What does an elaborate roster of crafty monsters have to do with the altcoin Ethereum? The two digital forces unite in the magic landscape of Etheremon, one of the first online crypto games ever created. This “Decentralized World of Ether Monsters” is built on the popular Ethereum network and simulates a universe where MonSeekers (players) develop their mythical creatures and battle for domination.

The creators of the Etheremon crypto game came to Sparkhouse seeking a dynamic and versatile promotional tool they could use to spread word of their groundbreaking gaming platform. Specifically, they asked us to design a visually stimulating way to explain the game concept, break down how it works and get gamers charged to join the Etheremon world. As if this wasn’t already one of the coolest projects to ever cross our desk, the company offered to pay us in Ethereum!*

Excited to tackle our first cryptocurrency project, the Sparkhouse team devised a game plan for the creation of a 60-second Etheremon promo video. First, the discovery process was used to mine the crucial details. The Etheremon game has no shortage of magnificent features, so we looked for ways to showcase the most unique aspects visually. We wanted to demonstrate the game’s objective—to strategically capture, trade, train and defeat various species of virtual monsters, like Coronoid and Berrball—while conveying the excitement of the experience. The team brainstormed on how to pique our viewers’ curiosities and hint at the ways they can grow their Etheremon collection by “evolving” the monsters they own and collecting the in-game currency E-MONT (an ERC-20 token). Other distinctive draws we aimed to integrate into the video were the existence of persistent (secure) monsters that are immune to outside influences, and the ability to earn online value by spending time with them. (Read the full Etheremon game rules.)

After Sparkhouse designed a creative brief to highlight these flash points, we outlined our video approach and hammered out a concept—a mix between the “animation” and “explainer” video types. Since the game is largely driven by the bold artwork of fantastical creatures, we would capture the graphic appeal of the gameplay. Iconography and animation would be used to simulate a game progression while guiding the viewer through all of its nuances.

After finalizing the script and visual outline, the Sparkhouse video team is set to film the opening scene next week, then our graphics team will add animation. The final cut will reflect Sparkhouse’s visionary approach and give this blockchain technology game the debut it deserves. At the end of the day, we’re extremely honored to help generate enthusiasm around this groundbreaking game release.

Learn more about Etheremon, one of the world’s first blockchain games, and the first-ever crypto battle game: www.etheremon.com

It's All In The Numbers

During pre-production, this is when big decisions are made and key resources are gathered. We’re mapping out your story with mood boards, storyboards and scripts, and prepping for the shoot with casting, location scouting, wardrobe and more.

Lights, camera, action! No matter how elaborate your video, our production team comes ready to crush production day — and we're going for the gold in every single scene.

In the cutting room, our editing magicians bring all the pieces of your video together and fold in special effects, graphics, music and sound mixing. We’ll want your input and sign-off at every turn to ensure the final cut is flawless.

LEARN ABOUT OUR ENTIRE PROCESS
Scroll to Top